I mention some of the Disney worlds included in Kingdom Hearts 3, so if you want it to be a surprise, I’d recommend reading this post after you’ve found them yourself.

I still remember getting Kingdom Hearts 2 on Christmas day as a 10-year-old and it was one of the best things I’ve ever asked for. Truth be told, I saw it being advertised on the TV and it had a lot of Disney stuff in it so I thought ‘Yes. 100% need this’, so I asked my dad if Santa could pop it in his bag for me. When I first played it, I was confused and a little scared because all I expected was a happy Disney adventure and all of a sudden I was surrounded by my black blobs called heartless. And I absolutely fell in love with Roxas…who disappeared and turned into Sora…who it took a long time to warm up to after that crushing blow. And all the way through my Kingdom Hearts journey, while Sora was looking for his pals, I was like ‘Where is Roxas though?!’

Then there were a few pre-Kingdom Hearts 3 games, all basically adding to this rather complicated story and helping us make sense of it. I played one or two, but they mostly came out on consoles that I didn’t have so I decided to wait for Kingdom Hearts 3 to appear. And that took about 13 years! But was it worth the wait? Did it meet the expectations that 10 year old me had?

The Disney worlds are a big chunk of what Kingdom Hearts is all about, and it was great to see some new faces as well as old from the Disney Universe. Each world was wonderfully fun and entertaining, and they actually managed to recreate some iconic Disney scenes which were pretty impressive to me. I did appreciate visiting a couple of worlds from the previous games, but there weren’t as many oldies as I would have liked. However, I understand that room had to be made for Kingdom Hearts to tell its story, as well as the well-loved Disney ones.

It was wonderful to play in upgraded graphics. As much as the old games were very good quality for their time and will always hold a dear place in my childhood, it has been so refreshing and satisfying to see Kingdom Hearts 3 become the best one of the series. The characters I’ve grown with and adore have been lovingly refined and detailed and the world has been enhanced wonderfully, which all makes the experience new and colourful without taking away the nostalgia of the familiar worlds and faces.

The gameplay is so fun

The gameplay is so close to the originals that it’s so comfortable and easy to pick up, especially if you’ve already played one of the previous games. It didn’t take long for me to remember the feel and get the hang of it again. An addition that I absolutely loved was the changing in the Keyblades form during combat depending on what one you have equipped. Each one was vivid and inventive, using the inspiration of each Disney world which made them so unique. They change into guns or big spears or claws and make you more powerful against foes while giving you a much more varied way of fighting. Another addition that I was pretty surprised by was the introduction to funfair rides becoming attacks! Special situations enable big rides such as the pirate ship and teacups to come alive in wonderful colours and lights to make them really stand out and are really visually exciting and fun to use against foes.

It wasn’t too difficult to complete

The combat was so fluid and it felt really comfortable and right manoeuvring Sora throughout it. In the past games I had played, I found it really difficult to beat certain enemies and it got really frustrating, but I don’t know whether that was because I was younger and a little less experienced with the mechanics of the combat or what. But Kingdom Hearts 3 felt much easier but not to the extent where it wasn’t fun. It was rewarding and I felt like I earned my victories without feeling drained afterwards.

The Gummi Ship has improved!

I hated the Gummi ship stuff in Kingdom Hearts 1 and 2. I really didn’t like handling the ship, I didn’t have anything to do with altering it in any way because I just wanted to get to these awesome worlds on the other side. It felt boring with endless shooting at random things and it just didn’t feel polished. But this time, it wasn’t half bad. I enjoyed designing my own little ship with different Gummis and loved the more spacious travelling between worlds. They added a few extra quests along the way too like enemy battles and it just made it feel more entertaining.

Can the story be understood if this is your first Kingdom Hearts Game?

I started the Kingdom Hearts series on the second game and I got the hang of the story slowly but surely while playing it, but I feel like so many games have come out to add to the already rather vast lore that it’d be difficult to keep up with characters and the in-depth storyline. I had to watch a couple of videos to be able to understand the roles of some of the characters from the games I hadn’t played. I think if this is your first game of Kingdom Hearts, you’ll be able to figure out who is good and who is bad and the general gist of what’s going on, but the emotional attachments to characters that have been in and out of the story throughout will be missing. I’d recommend playing some of the other games either before or after 3 to get a better understanding.

The story is gorgeous and fulfilled my expectations (mostly)

The Disney world stories did seem a little lacking, especially if compared to the original movie scenes. There were a lot of moments where the scenes were almost identical to the movies with the addition to Sora, Donald and Goofy. I enjoyed San Fransokyo, The Toy Box, Olympus and Monsters Inc because they were set after the movies, so the plot was something I had never seen before. However, I still did enjoy the other worlds because I’m a big Disney nerd and it was great being able to run around with my favourite Disney characters. My favourite world had to be San Fransokyo because that story was something I really wanted as a sequel to Big Hero 6 and now as far as I’m concerned, that’s what happened. The Toy Box was super cool because the story was different to the movies but mostly because you ran around as a toy in this big world with Woody and Buzz and the other iconic toys.

I found the conversations, especially at the start, to be a bit robotic and lacking any real expression in the voice acting, but that’s always been the case in Kingdom Hearts and it really doesn’t take long to forget about that and just enjoy it for what it is.

There was a real sense of a final chapter when it came to Kingdom Hearts’ story. There were so many loose ends left from the previous games and I have been itching to find out what it was all for, and whether or not everyone would finally be together or not! The conclusion of the story was satisfying, emotional and beautifully scripted, I found the answers to all of my questions and it gave a clean slate for the next title (who knows if/when that’ll be). It’s definitely something a fan would adore, and newcomers to the series get to experience the best of Kingdom Hearts and fall in love with the series and there is always time to look into the older games and get an idea of the story and gain more love for the characters.

Overall, Kingdom Hearts 3 was a fast-paced, beautiful experience that I am thankful to have been able to play. I felt that it rekindled the fun I had whilst playing the previous ones and the joy I gained from that. I wholeheartedly recommend this to any fan (But you don’t need me to tell you), and to any newcomer because it is a fantastic series with a lot of surprises and emotion and this is a great game to begin with (But I still recommend trying the others to get more of an idea of the story).

Have you played Kingdom Hearts 3? I’d love to read your thoughts in the comments!

View all posts by Jenniverse 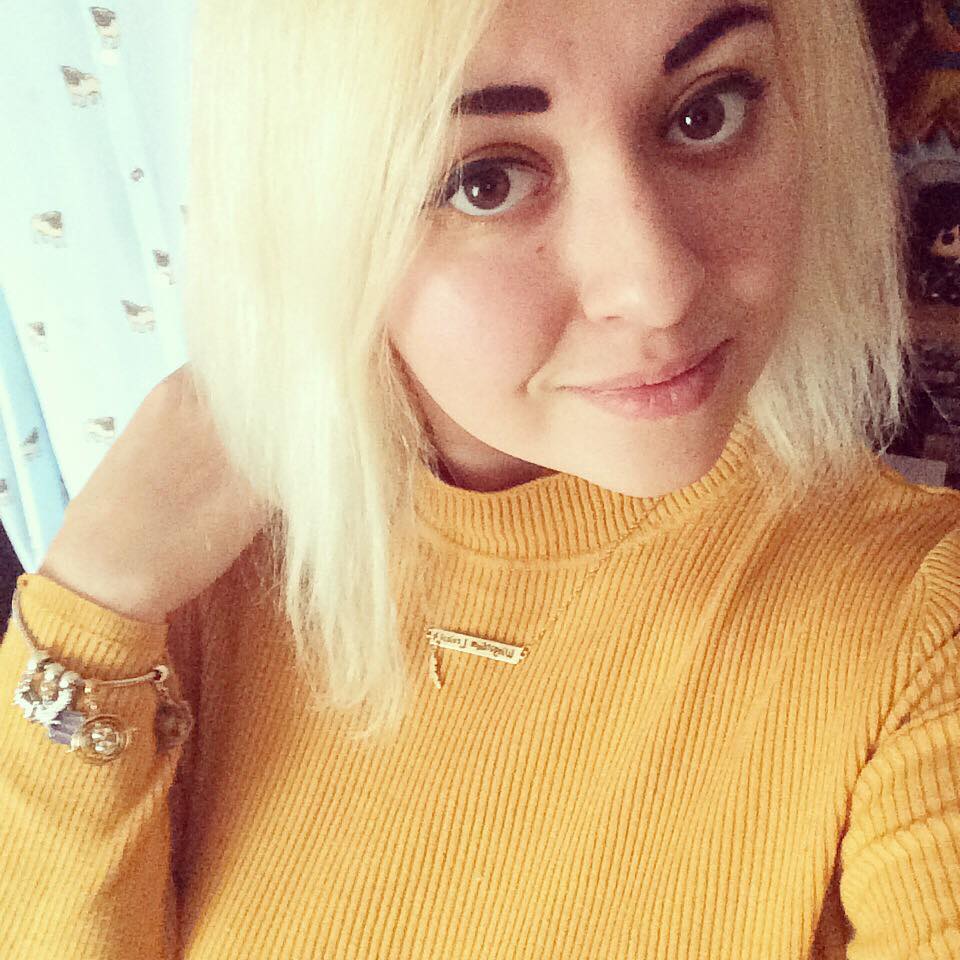 I’m a 23 year old Nurse student and lifestyle blogger. I have a wonderful and supportive fiance! I love all things nerdy, videogames, beauty products and chihuahuas!

I am PR friendly, for enquiries contact me using my email: littlebumblex@gmail.com

Absolutely loving our week away so far ☀️ couldn’t resist getting another black T-shirt though could I 🙄😋#holiday #españa🇪🇸 #heartshapedglasses #breakingbad #sugarskull
I absolutely adore this man 💕 he’s been so supportive through my first 6 months at uni and pushed me to revise for my exam whenever I felt unmotivated by it 🤗 we’ve now known each other for 5 years and it’s been the best 💕💕 #lovethisman #bestie
First selfie in forever 👌 2nd placement done ✅ and now onto my 3rd! It feels like time has flown by from when I first started Uni, but I’ve still got a long way to go. Bring it on 🤗 but first we’re going to have a little gathering with our besties 💕

I'm here for anyone who has suffered from the effects of Cancer in any shape or form.